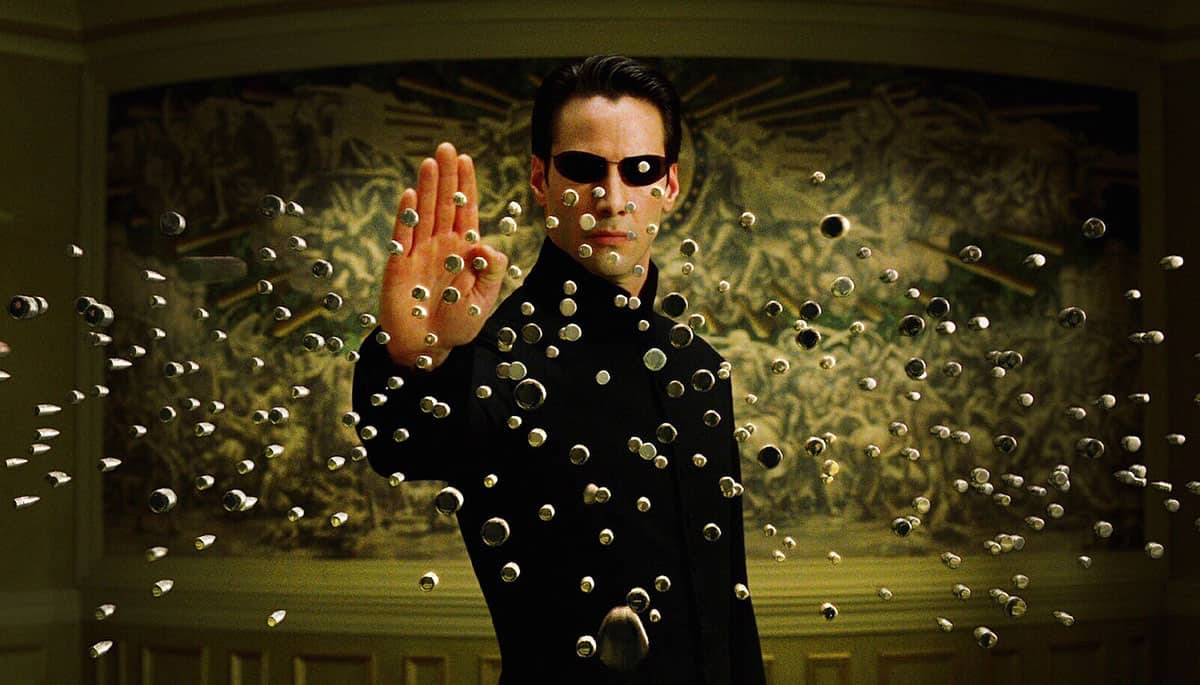 How to watch Matrix Movies in Order

The original Matrix film follows Keanu Reeves, who plays a computer hacker named Thomas “Neo” Anderson. Neo begins to notice some things are not as they seem in his world, when suddenly he is picked up by mysterious agents who demand that Neo lead them to the location of a terrorist known as Morpheus (Laurence Fishburne). However, Morpheus breaks Neo out and offers him a choice: Take the blue pill and wake up in your bed tomorrow thinking this was all a dream, or take the red pill and learn the truth.

The Animatrix is an animated movie – or, rather, a collection – of nine shorts (four of which were written by the Wachowskis) that tell different stories set in The Matrix Universe. It was originally released between the second and third Matrix feature films.

The nine different stories take place at different points in The Matrix Universe, making it difficult to place in our timeline. The reason we’ve placed them here is that the first short in the Animatrix serves as a direct prequel to the events of The Matrix Reloaded, the next film on our list. The other shorts might not fit in perfectly with the timeline here, but it’s easier for first-time viewers to understand the Universe with background knowledge of the first Matrix film.

For instance, there are shorts that feature Keanu Reeves’ Neo and two others that show the war between man and machine that eventually destroys Earth. Both are fun watches but are improved by knowing some of the source material.

Two sequels to the original Matrix film were released to close out the original trilogy, and they both premiered in 2003.

Reloaded debuted in May 2003 and picks up six months after the events of the first film. It revolves around the machines’ attempt to destroy Zion, the last human city. Meanwhile, the bad guy from the first film, Agent Smith (Hugo Weaving), is not only still alive but has undergone major changes following his confrontation with Neo in The Matrix.

The original Matrix trilogy concluded with The Matrix Revolutions, which released in December 2003. It’s written and directed by The Wachowskis – just like the other two films.

It picks up immediately following the events of Reloaded. Agent Smith, who had his connection to the Matrix severed by Neo, has become even more powerful and found his way into the real world by assimilating the body of Bane (Ian Bliss). Neo, meanwhile, has been trapped in the Matrix’s version of purgatory, which leads to Trinity and Morpheus attempting to free him.

If you’ve made it this far on your rewatch, you now know that the end of The Matrix Revolutions sees (SPOILER ALERT) the two main heroes of the franchise both dead. Neo and Trinity sacrificed themselves to help ensure freedom for humanity and to end the war between man and machine.

Well, Resurrections sees those deaths looking more than a little exaggerated, with Keanu Reeves and Carrie-Ann Moss returning to their parts.

In addition to the two stars, Jada Pinkett Smith reprises her role as Niobe from the original films, and Neil Patrick Harris, Jonathan Groff, and Priyanka Chopra are among those joining the series as new characters.

It’s a whirlwind of a movie that really upends what you know about the Matrix itself, and is a great treat for returning fans.